Indigenous fire practitioners have warned that Australia’s bush will regenerate as a “time bomb” prone to catastrophic blazes, and issued a plea to put to use traditional knowledge which is already working across the top end to reduce bushfires and greenhouse gas emissions.

“This is a time bomb ticking now because all that canopy has been wiped out,” says Oliver Costello of the national Indigenous Firesticks Alliance.

“A lot of areas will end up regenerating really strongly, but they’ll return in the wrong way. We’ll end up with the wrong species compositions and balance. 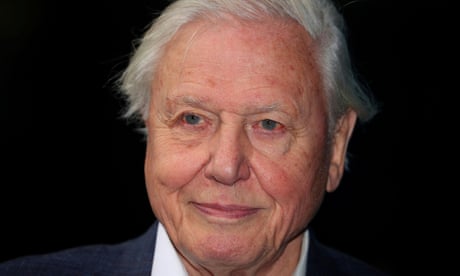 “That’s why we need to get Indigenous fire practices out into the landscape in the coming months, to start to read the country and look at areas that need restoration burning in the short term.”

As Australia comes to terms with this season’s catastrophic fires, Indigenous practitioners like Costello are advocating a return to “cultural burning”.

What is cultural burning?

Small-scale burns at the right times of year and in the right places can minimise the risk of big wildfires in drier times, and are important for the health and regeneration of particular plants and animals.

Different species relate to fire in different ways, Costello explains. Wombats, for example, dig burrows to escape, while koalas climb into the canopy.

“When you understand the fire relationships they have, their own fire culture, then you are really applying the right fire for that culture so that you’re supporting the identity of that place.

“When you do that, you get more productive landscapes, you get healthier plants and animals, you get regeneration, you discourage invasive elements, which are sometimes native species that might belong in the system next door.

“It’s so important to apply that right fire for right country, so you can maintain the right balance.”

Dr David Bowman is a professor of pyrogeography and fire science at the University of Tasmania. Bowman describes Indigenous fire management as “little fires tending the earth affectionately”.

“The affectional is the opposite of mechanical. It’s with emotion. So it can be reverence, affection, fear, a whole range of emotions, but it’s an emotional relationship you have with land using fire to create mosaics and flammable habitat mosaics, which are really good for biodiversity and a really good way of managing fuel load.”

Where is it used in Australia?

In northern Australia, Indigenous land ownership is widespread. Caring for country and ranger programs in protected areas has delivered a degree of autonomy to traditional owners to walk the country, burning according to seasonal need and cultural knowledge.

Indigenous fire management involves “cool” fires in targeted areas during the early dry season, between March and July. The fires burn slowly and in patches.

What we need is people getting out into the landscape now, with the knowledge to start to heal it

In the Kimberley, the Land council holds community fire planning meetings throughout the early dry season to ensure the correct people are burning their country.

“These burn lines are approved by the group and Indigenous rangers perform the on-ground work, backed up by modern technology with rangers taking constant weather readings and recording the conditions of the day.

Even so, climate change is affecting their ability to do “right way” fire management, Garstone says.

“These ‘right way’ fire days are getting fewer and fire behaviour is changing along the same lines as over east. Late season conditions are also driving more fires in unusual ways due to the climatic conditions we are currently facing.”

How effective is it?

The Darwin centre for bushfire research at Charles Darwin University maps bushfires weekly. Since traditional burning was reintroduced on a large scale, the centre has collected enough data to show that the area of land destroyed by wildfires has more than halved, from 26.5m hectares in 2000, to just 11.5m hectares in 2019.

“We have annual fires up here,” the centre’s research fellow Andrew Edwards says. “Forty per cent of the top end could burn every year. So we had to do something about that.”

“We were originally much more interested in biodiversity, Aboriginal employment and getting people back on country to manage it properly, but when the carbon economy came along we saw a way to manage fire to abate greenhouse gas emissions.

“It was pretty bad before that happened,” Edwards says. “It was just fires running wild across huge tracts of north Australia that nobody was doing anything about.”

Edwards says the top end cooperative model can be adapted to southern conditions.

“That’s what needs to be looked at. Obviously there’s a lot more infrastructure to set up, but it’s collaboration and education.

“If we want to manage our natural environment properly, we need to be doing prescribed burning. There’s so much cultural knowledge out there still, and it’s being totally ignored. There’s hundreds of Indigenous rangers out there now doing this work.”

“There are a lot of policy settings at a high level that support us, but there’s nothing in between. There’re no resources,” Costello says.

“There’s no investment really outside of northern Australia Indigenous fire management of any significance, and they had to build a whole new economy to support it through carbon.

“There’s always investment going into future firefighting capacity, more trucks, more helicopters, more this, more that. What we need is people getting out into the landscape now, with the knowledge to start to heal it.

Professor Bowman says it is possible to “blend Aboriginal with European and modern scientific approaches to create an opportunity for all land users and land owners”.

“I would like to see a crossover between Indigenous and mainstream fire management groups, where there can be exchange and recognition.

“Because in the end there’s two things which are important to [remember]: all humans have come from a fire management background in their cultures, it’s just that some cultures ended up obliterating that knowledge because of industrialisation.

“We need to encourage and promote the philosophy of Aboriginal fire practice because that’s going to be a really important pathway for sustainable fire management and also for healing because so many communities have been traumatised and shocked by the scale of the burning.”

Costello says the areas that haven’t burned this time around are now even more vulnerable.

“They are critical parts of the landscape [that need] to be able to support the animals and plants that have survived. And so those areas are going to be under increasing pressure and they’re also at risk of a future fire.

“There was an economy before settlement that supported this, a resource economy based on people looking after the land and having all that they needed.

“Now in the modern society it revolves around money. So we need to build economies that support cultural practice and acknowledge traditional custodianship.

“There’s all this canopy that’s been burnt away. We’ve got knowledge and techniques that can help heal that country in the future. It’s going to take some time. We’ve got probably two or three years before we can really be effective in some of that country because it needs to recover. But if we don’t get in there after that, then we miss our chance.”

The Stunning Statistical Fraud Behind The Global Warming…