Tara Ortiz had a healthy, normal, first pregnancy with absolutely no complications or issues up until the 28 week mark when her doctor recommended a flu vaccine and the TDaP (Tetanus, Diphtheria, Acellular Pertussis) vaccine. Even on the TDaP’s first page of the package insert it states, “Safety and effectiveness have not been established in pregnant women.” The CDC released a 2017 study that shows there’s a 7.7 times increased risk of miscarriage following the flu vaccine. Yet, vaccines are administered, recommended, and even pushed during pregnancy – despite the prevalence of fetal death.

Tara declined the flu shot at her 28 week prenatal appointment, but was unaware of the TDaP’s risks and delivered a stillborn baby days after the vaccination. Tara recreates her timeline below and shares in her own words her dreadful story as a warning for other pregnant moms and families. 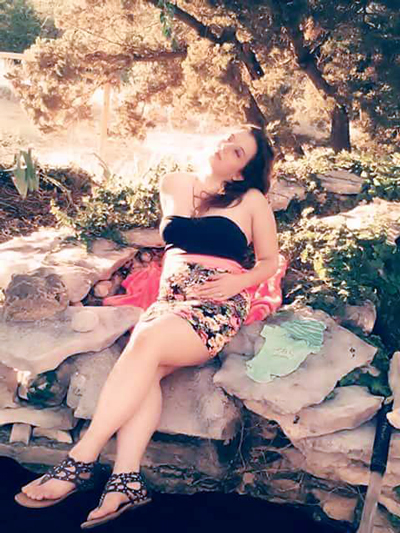 Tara: Here’s my timeline. Tuesday, I was 28 weeks. Wednesday, at 28 weeks plus one day, I had an NTS scan (non stress test) where the doctor monitors the baby’s heartbeat for 30 minutes. This NTS test can tell if the baby is getting enough oxygen, how they are responding to movements, and basic fetal distress. My baby had a healthy heartbeat and was growing perfectly! Proving that before this vaccine, my baby was medically proven he was 100% healthy! After the scan, my doctor told me I needed the flu shot and TDaP. I told him I didn’t want the flu shot. But I didn’t know about TDaP. (Ignorance, I just thought the whole “flu shots are bad vaccines.”)

My doctor sat me down and assured me they were safe. His wife got her shots during pregnancy. He said it would “protect” my baby and that nothing bad could happen. I really liked my doctor, as I had previously been sexually assaulted, and he was absolutely amazing with trauma victims. He had excellent bed side manner and made cervical exams possible for me. He always respected my consent. He had been great the whole entire pregnancy. And I trusted him with my life. Ultimately, my son. So I did it and agreed to the TDaP. I refused the flu shot because I always got sick after and I only took the TDaP. I was never informed that studies haven’t ever been done, and wasn’t told or informed about the numerous reports of stillborns, miscarriages, and adverse reactions after vaccines during pregnancy. I just looked in my doctor’s eyes and trusted the blind fact that he knew best. It cost my baby life. 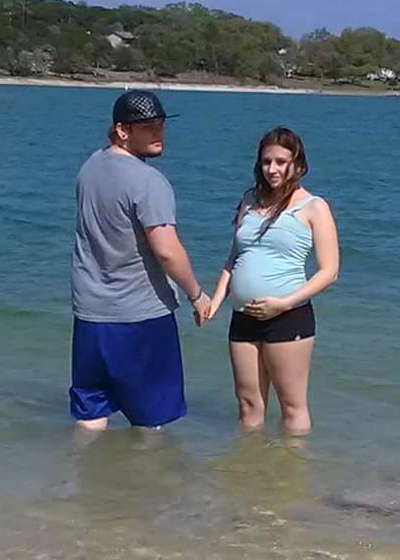 My baby was also soooo active. I felt him kick at 12 weeks! By medical standards, 28 days and greater is when fetal movement should multiple hourly; my baby started this routine at 23 weeks. This doctor’s appointment when I received the TDaP happened around 3 o’clock p.m. By midnight, I had some cramps and my baby wasn’t as active. I blew it off. The next day, Thursday afternoon, I saw some spotting. Recently I had intercourse and blew it off as an internal scratch. But at midnight I noticed I hadn’t felt my baby boy move but five times. So I went in to the emergency room (ER). They set me up with the monitors and declared his heartbeat was unsteady. His heartbeat dropped twice in 30 minutes. They gave me steroids and a shot to stop labor as on the monitor I was contracting two to three minutes apart. By Friday morning, they said they should induce me. Before the inducement happened, my baby’s heartbeat totally stopped.

Saturday, I delivered my baby, so perfect and precious – and stillborn. I left Monday morning with my arms empty. The doctors wrote it as a stillbirth due to unknown reasons. I started reaching out and found all the reports of stillborns after the TDaP vaccine. I called my doctor crying. I knew at that moment, the man I trusted so much, murdered my baby. I told him this — he told me he was sorry for my loss, but it was normal to try to find something to blame. He recommended a therapist. I never saw him again, but I did send him inserts highlighting that vaccines were never under any studies showing any safety, especially for pregnant women.

My little boy was named Elyot. I felt so desperate and depressed. I didn’t tell anyone what had happened. I lived in isolation, not responding to anyone about my loss or pregnancy. I knew in my heart I wanted a baby, and the emptiness I felt leaving the hospital wouldn’t go away. I could never replace my loss, but shortly after I had my Rainbow baby, who is also named Elyot, after his brother in his memory. My Rainbow Elyot is now 11 months old, and is vaccine-free, no Vitamin k, no pregnancy shots, and an intact whole healthy baby delivered at 41 weeks.

I witness all these moms getting these vaccines thinking they are safe, looking into their doctor’s eyes, just as I did, believing this murderous lie. I’ve saved a lot of babies by sharing this info, but I’ve failed some too. I think, we all have. But I hope my story can change the look we see in our medical professional’s eyes, and let us look inside our own. I should have 2 boys. I should have both of them here for me to sing and hug with.

The Truth About the Australian Bushfires